This is from the upcoming Yellow Book of Brechewold. I'm thinking about putting out a zine of just the enchanted forest section while I finish the full book. The heraldry is a stripped-down version of this post to make it manageable with dice.

Roll one die of each type d4-d12 and three d20s to generate a knight. The knight’s HP is equal to all the even numbers you roll added together, and the attack bonus is the first even number you roll. Assume AC is equivalent to plate + shield. Have one or two knights pre-generated as random encounter rolls. 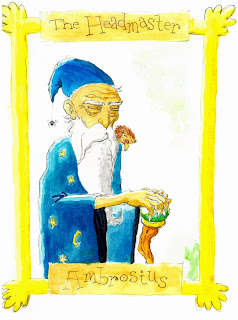 Posted by Matt Strom at 8:41 PM No comments: