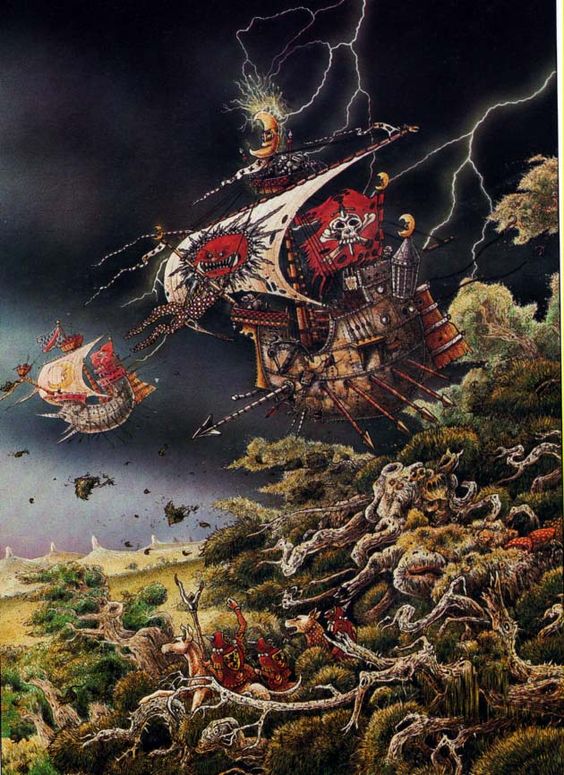 On the eastern border of the Elf Empire, past the River Sleep, the woods grow knotted and strange. This is goblin country. There is little agreement what "goblin" truly means: does it refer to the creatures who infest this land? The process that changes them? The land itself? Some external force leaking into the land?

Whatever the truth, it is acceptable shorthand to refer to the diminutive, warped, spacetime-damaged beings native to the wood as goblins. Goblins are not born - they are changed. They have no children themselves and so are forced to kidnap the infants of other races. They heavily favor elves. This is the reason for the eternal elf-goblin war: for goblins, it is a matter of reproduction. Raids fill them with orgiastic zeal.

At the wood's heart lies a labyrinth. At the labyrinth's heart, a tower. This is the Tower of Change. Goblins, for whom navigating a maze is as natural as taking a breath, lay their captured children at the tower's door and return in a year and a day to find new goblins.

Every time you look at a goblin anew, something is a little off. Weren't its ears bigger? Its nose sharper? Goblins are never truly done changing. This impermanence of form means that goblins have a tendency to dematerialize, pass through walls, or rearrange their molecules to flow like liquid or float like gas. It also places them close to dreams. Goblin oneirists explore dreams - sometimes their own, sometimes others'.

The things goblins make often come off as parodies of the things other cultures might make. They love to buy and sell, but they place little stock in money. The Goblin Market has things for sale not found anywhere else, but expect to pay a heavy price. The greatest goblin export is spidersilk, a gift of the spider goddess Anansi and the spiders of the wood. Goblins fashion the silk into the sails of airships from which they launch their raids. 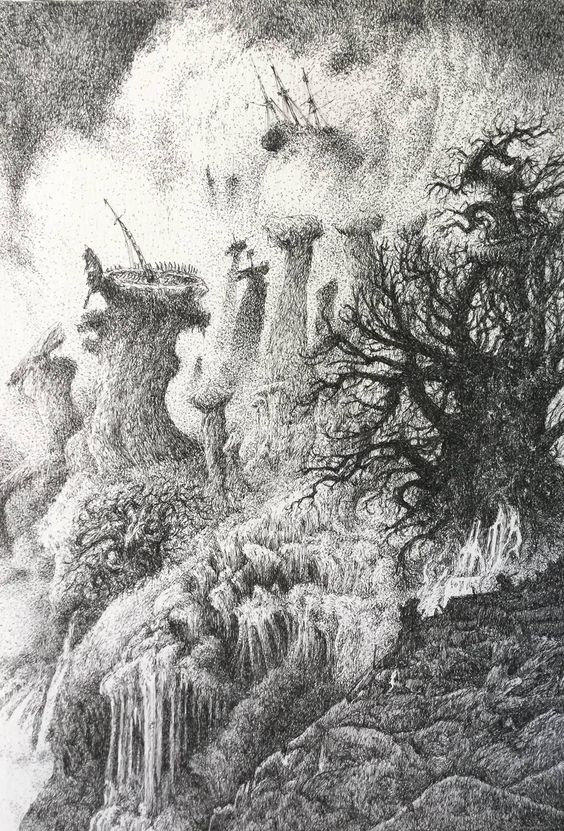 These are the tables I use to run the Great Goblin Wood, finished not a moment too soon because my players now find themselves deep in the wood. I know I sort of promised more regular posts of these region tables, but that's not going to happen. They take a long time to write. I kind of have to sit and daydream with each region for a while until I start to get a feel for what makes it tick. So, ten more regions are coming, but who knows when. Probably when my players get to them.

This also turned out to be my response to this Kotaku article about boring goblin fights, even though I was already working on it when the article was published. I'm not as down on Cecelia D'Anastasio as others have been - she does identify a real problem. My response is threefold: I give goblins Cheshire Cat powers, weirdass motivations and culture, and I make the environment of the wood itself part of the danger. Monsters without goals more defined than just "kill the PCs" will always be boring monsters. Also, the problems she has with D&D combat can be fixed with group initiative re-rolled every round.


Spatial Distortions (d8 or use the d100 encounter die number) 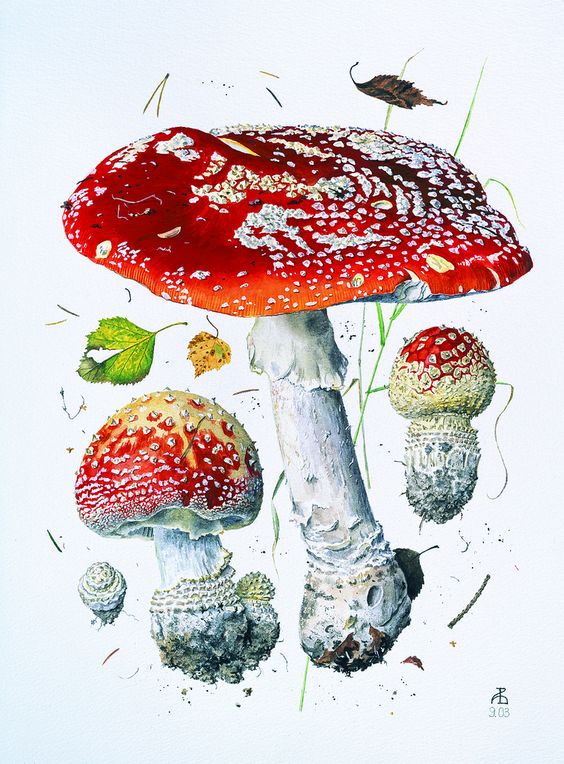 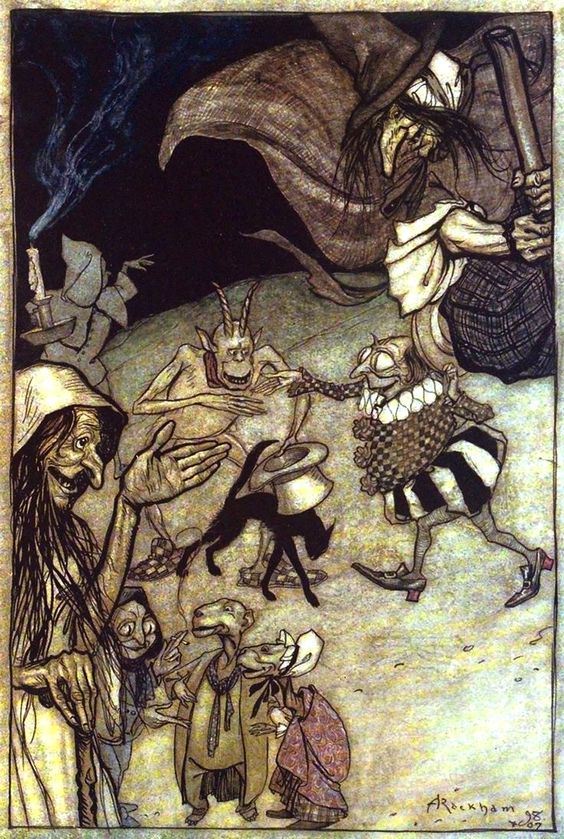 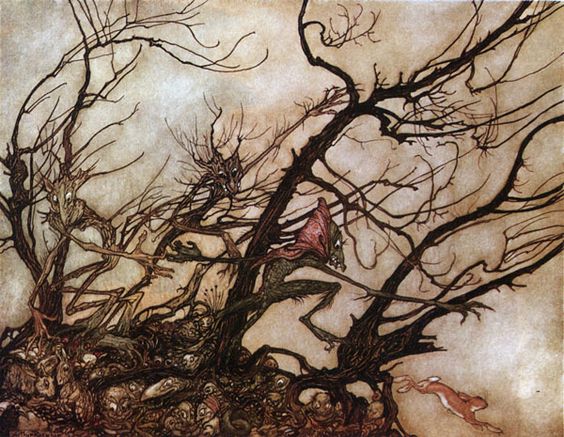 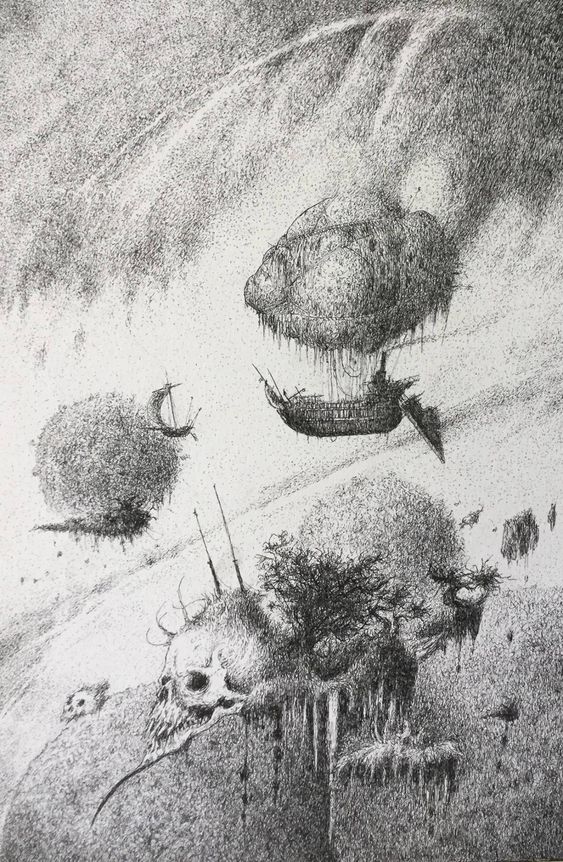 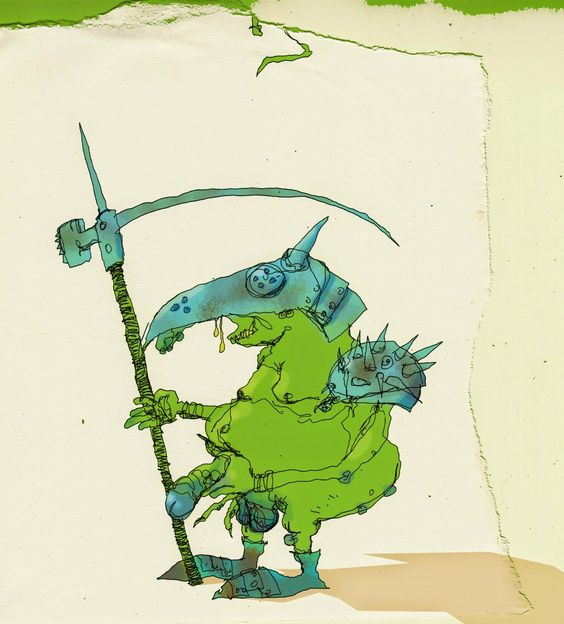 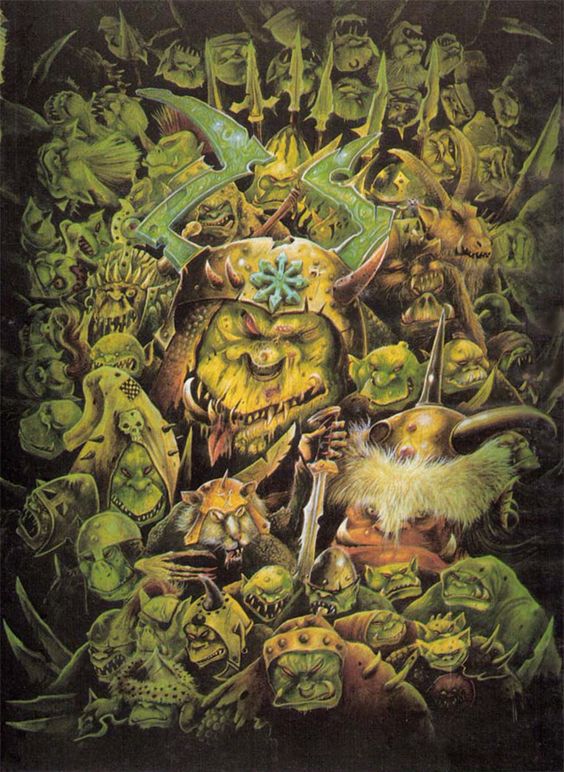 Posted by Matt Strom at 5:04 PM No comments: